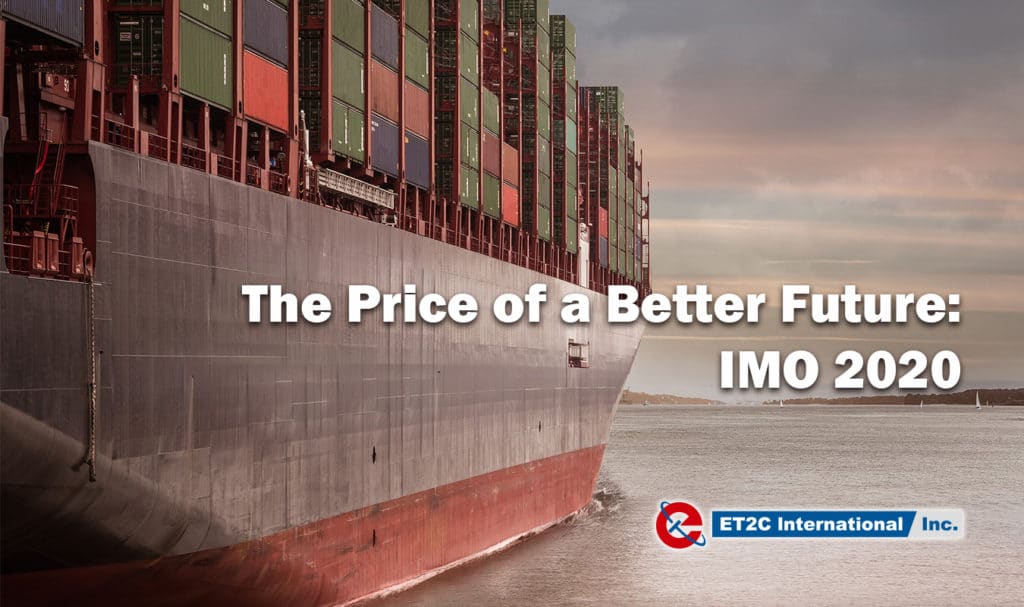 In the wake of the many “green” movements striving to secure a healthier and more sustainable future for future generations, some costs have emerged that we must endure. In the process of disrupting an unsustainable status-quo, the International Maritime Organization (IMO) has voted to reduce the amount of sulfur in bunker fuels from 3.5% to .5% by 2020. This declaration will have an impact on shipping costs but a necessary cost in what is a polluting industry, particularly when there are greener alternatives being developed.

To provide some context; bunker fuel is a term that describes the type of fuel used by ships. Hence, the name “Bunker” comes from the part of the ship in which the fuel is stored. These fuels are derived from the residue of crude oil distillation, which contains sulfur. When a ship travels, it burns these heavy fuels and creates emissions that hold high levels of sulfur. These sulfur emissions, according to the IMO, cause health and environmental damage, including widespread lung disease, the creation of acid rain, and increased acidification of the oceans (IMO, 2019). Without the regulations in place, the IMO estimates that up to 570,000 premature deaths could be caused between 2020 and 2025 along with the extinctions of many marine species.

The IMO 2020 rules apply to multiple jurisdictions on fuels used for ships crossing the open oceans, which ultimately represents 3.9 million barrels a day, according to the International Energy Agency (Liang, 2019). These regulations have shipping companies debating over which options they should pursue in response to the IMO 2020 regulations. Some of these options include:

What It Will Do

Although there are a range of options, none of them are without risk and additional costs. Refineries will be on the receiving end of the increased demand for low-sulfur fuels, impacting margins for simple refineries and giving larger margins to complex refineries that can already produce the low-sulfur fuels. As for high-sulfur fuels, their value will most likely collapse until it is able to find lower-value end-uses, where it would compete with coal for electrical power generation, reducing its price to roughly a third of its 2018 value (Hamilton, 2018). This cross-sector ripple from the IMO regulations threatens to impact not only the prices of bunker fuels but also the costs of shipping goods around the world, with an estimated $30 Billion cost to the US shipping industry (Poskus, 2018).

The cost of the IMO regulations will have a broad impact. Firstly, compliance with the IMO 2020 regulations is set to increase the costs of port-to-port shipments by 20%, most of which will be paid for by the end user (i.e. the consumers). For instance, the site Flexport.com states that shipping 40” TVs from Shanghai to Los Angeles will cost shippers an additional .50 cents per unit. With enough scale, this increase in landed cost could potentially have an inflationary effect. Furthermore, the regulations may cause freighters to reduce their carrying capacity by 4-5% in the short-run and up to 2% permanently. This will also lead to the practice of “slow-steaming,” where a ship reduces its speed to save fuel, to possibly become more common, which may lengthen delivery times for businesses ordering goods from abroad (Poskus, 2018). Overall, the costs of the IMO2020 movement will be felt around the world, from shippers to consumers.

From the 1st January 2020 these new regulations will come into effect. The shipping lines are already taking measures to accrue the additional investment in their fleets and, if not already, you should anticipate shipping rates to start increasing in the near term. Although a reduction in sulfur will only have a positive impact on the environment in line with some of the United Nations Sustainable Development Goals, there are also other technologies being developed that will hopefully not only reduce emissions altogether but potentially lead to cost reductions as well.

At ET2C, we have a range of partners including within the logistics sector and would be happy to provide additional insights on this topic or contacts. Please contact us for further inquiries.