Asia Sourcing in the “Corona-Age” 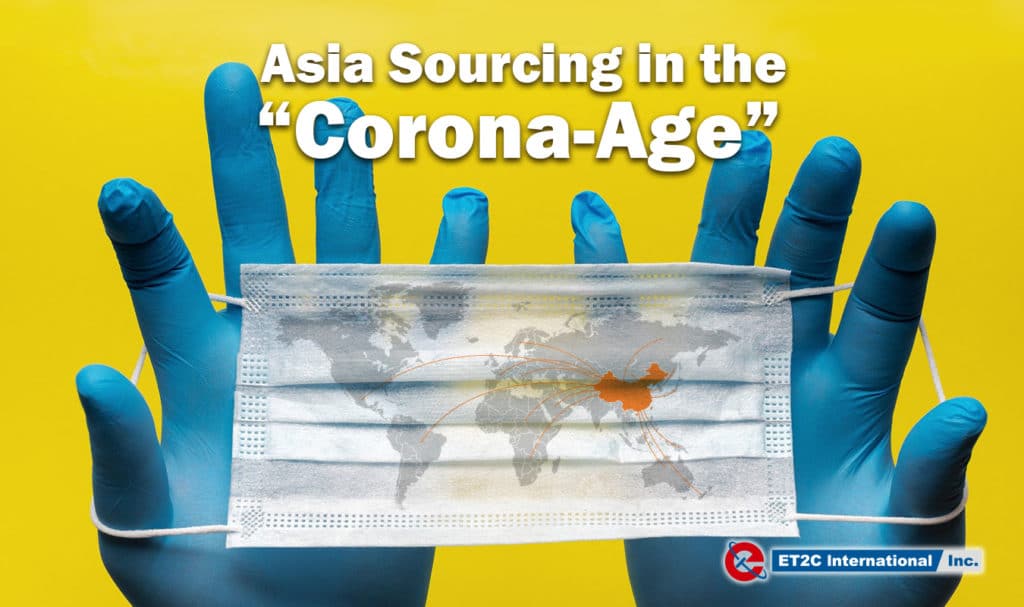 Half the world is on lock-down. Countries and economies are on ‘pause’. Cities, towns and villages are all empty as people remain indoors. These truly are unprecedented times.

Clearly the impact on Consumerism is, and will continue to be, significant and for how much longer? The past two decades have seen the emergence of an increasingly voracious ‘consumer’ riding largely on the growth of the Asian outsource manufacturing sector. Retailers and brands have leveraged this low cost manufacturing model and given consumers more choice, more flexibility and more channels to buy through than ever before. Now these consumers are having to re-think their past behaviour and in fact the very fabrics of their daily lives. It is very likely that this global shock will change how people see their existence and what they value.

Impact on the Export Manufacturing Sector

There will be ‘Winners’ and ‘Losers’ on the other side of this pandemic. We want to look at this in the context of Asian sourcing and what this means for the export-manufacturing sector.

China has already had its ‘Covid-19’ moment and is already talking of a V-shaped recovery after the shutdown of its economy over Chinese New Year – to the point that the Canton Fair has only just been ‘postponed’ in the past week. Factories were all mothballed as workers had to remain at home rather than begin their migration back to work (notably there are still some 300 million migrant workers in China). Well, they have now returned to find the outbreak that started in the back streets of Wuhan has created an economic tsunami that is fast making it’s way back across the oceans and seas from Western shores.

Having already suffered over the period, these suppliers now face a global demand shock. The impact of this, albeit hopefully only over a short period, could be significant for certain suppliers. Notably, there has not been anywhere near the magnitude of Government support (at the time of writing).

One sector that is particularly at risk is the fashion industry and more specifically garment manufacturers. This is one manufacturing sector that is truly widespread across not only Asia due to the low barriers to entry and the reliance on cheap labour. The global fashion retail sector (apparel only) has a retail value of $1.4 trillion. This is the equivalent to each person spending just over $200 each for the year. The UK’s fashion retail sector has annual sales of £53.8 billion as part of this.

In any crisis of such magnitude, the initial reaction is to look after yourself. The same applies to companies and looking after and protecting the business for the future. Tough decisions are inevitable, particularly when sales take double-digit hits. They will ultimately set the tone for future relationships in what is possibly going to be a different business landscape. These decisions will define certain brands for years to come.

Back in the 1970s, retailers began shifting production to the Far East, leveraging the low costs to expand volumes. Now there are many examples of retailers and brands of simply pushing their issues back up the supply chains. The tragedy is that these Asian suppliers have in the main not had any Government support. They have committed their own resources into raw material and labour and are now ‘left holding the baby’. As reported by The Times, in Bangladesh, where clothing makes up 84% of the country’s $40.5 billion exports, some 954 factories have seen order for 823 million garments ($2.7billion) cancelled according to the Bangladesh Garment Manufacturers & Exporters Association (BGMEA). Consequentially, the Government are stepping in to cover one month’s wages for 4.1 million workers. However, this is little consolation for an industry and a country that has allowed large Retailers and online stores to generate significant wealth for their shareholders. 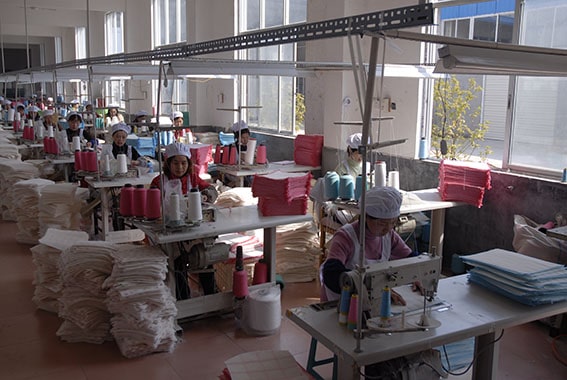 The importance of Partnerships

For a number of companies who preach ‘business ethics’, ‘ethical sourcing’ and ‘sustainability’ and have simply cancelled orders, shame on you! The same applies to retailers who have used the opportunity to negotiate significant discounts as suppliers cower on their knees. It is likely that such retailers and brands find scant support to restock or develop new ranges once the world has recovered from this Pandemic.

Of course, a lot of Retailers and Brands have looked to find commercial routes through this crisis, but we have been encouraged by the commitment, transparency and fairness by the actions of a number of companies. Their mindset has been much holistic and looked at the importance of partnerships across their supply chains, even to the point of appreciating the impact the financial consequences will have at a worker level. It will be these companies that will (and should) prosper in the future. Hopefully, from an Asian sourcing perspective, the scars of this virus will stand as a reminder to how suppliers have been treated.

The key points to remember during this period are therefore:

Developing relationships has always been an important part of sourcing from Asia. They take time to build and it is possible to get significant benefit from suppliers that are treated as true partners over the medium to long term.

If you preach ethics to your consumer, investors and wider stakeholders, then you need to be practicing it. This is an area that is becoming increasingly important at shareholder level as well. We are not suggesting that tough decisions are not to be made, but rather than need to be fair and take into account a broader range of interests.

Inevitably, during this pandemic, people have had more time to think. More time with family. More time to themselves. One possible outcome may be for the ‘consumer’ to reassess the way that they have spent money in the past. Perhaps look to spend more sustainably in the future whether it be on sustainable businesses, sustainable products or just in their broader behaviour. 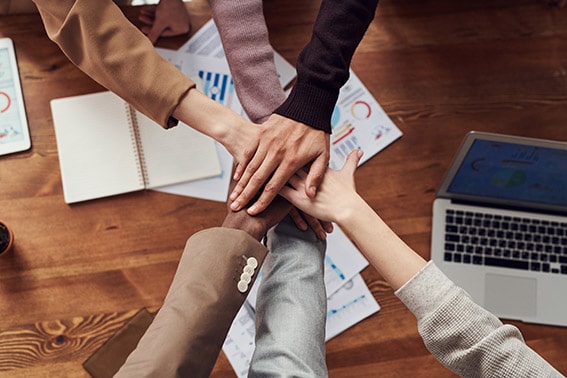 We are in unprecedented times, and certainly there will be change on the back of this global crisis. Think through the broader impact of the business decisions that you make. Focus not just on the short-term (appreciate that will likely be the focus) but on the medium to long term. There will be ‘winners’ and ‘losers’. An important part of this will be the suppliers (“partners”) willing to work with you in the future.

At ET2C, we are well placed to help manage your Asia Sourcing across multiple markets. We can help you through this difficult period at a time of heightened risk. Should have any queries on Asia sourcing, or more specifically China sourcing, Vietnam sourcing and India sourcing, please contact us at contact@et2cint.com.